Helpful Tips and Links for the Author

Something strange is happening on Battleship Island! 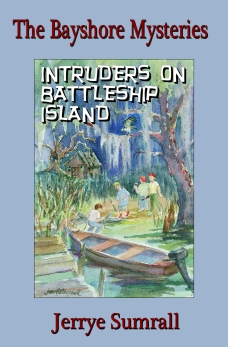 At first, strange lights flickered on the island. Then they were gone. Two men carrying flashlights appeared. Then they quickly sped away in their boat. A few days later, the men came back. What were they doing on the island? Could they be hiding a secret?
Jeff Douglas and his pals are plunged into a series of scary adventures as they discover the real truth about the island. An old shack with a secret underground room, hidden treasures, a spooky house, dangerous thieves, and several narrow escapes, reveal the island’s past, and teach the boys a valuable lesson in friendship, courage and determination.
Intruders on Battleship Island is the first book in the series, The Bayshore Mysteries. Be sure to check out the other four books in the series, The Secret Graveyard, The Mystery of Wragg Swamp, Mystery on Mound Island and The Ghost of Blakeley Past.
**Intruders On Battleship Island reached Number 1 on Amazon’s Best Selling Children’s Historical Mysteries, Top 100 Free. 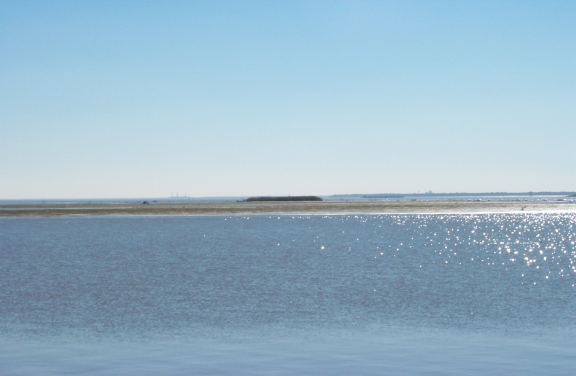 An artist drawing of the Battle of Mobile Bay 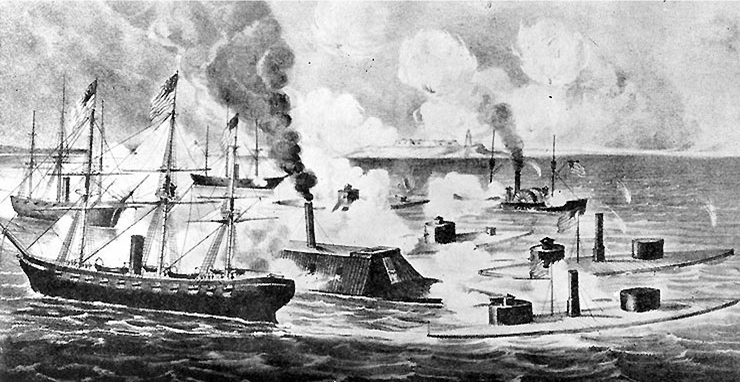 Admiral Farragut in the Battle of Mobile Bay 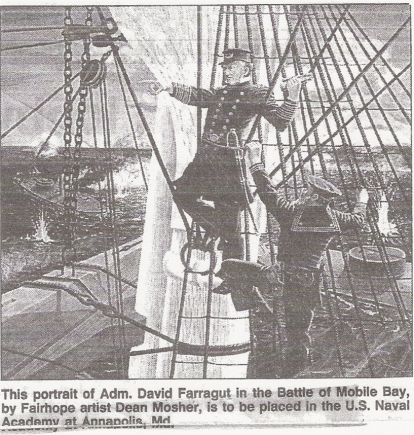 Admiral Franklin Buchanan, who commanded a small confederate fleet in the Battle of Mobile Bay.

Peter Bernard who once lived on Battery McIntosh Island